The big Houses clash, the dragons dominate the heavens and the army of the dead threatens the kingdom. Live your dream and dive into the heart of the war. Create your own House and raise your army as you evolve in a dangerous political climate. Inspired by the hugely popular HBO series, Game of Thrones: Conquest allows players to become a lord of Westeros and define a strategy to conquer the Kingdom of the Seven Crowns. + Become a true lord of Westeros: create your own house and emblem, and fight for the crown! + Get in touch with the most famous characters from the HBO hit series, such as Jon Snow, Daenerys Targaryen, Petyr Baelish, Cersei Lannister, and many more. + Defend your strongholds, because each Seat of the power makes you benefit from military and economic improvements. + Dominate the Kingdom, fight your enemies and extend your influence. + Place your allies at the head of Sièges du pouvoir to benefit from special military and economic advantages. 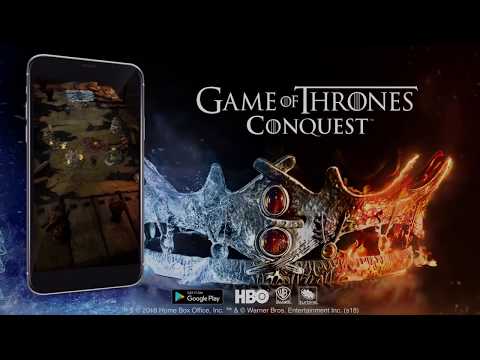